How to Choose a CCW: Environmental Concealability and Threat Level Considerations

Deciding you want to conceal carry a firearm is step one. Step two is figuring out which firearm is going to work best for you over a variety of situations.

Before we get started, let me lead with an important disclaimer.

Newsflash:  One gun will simply not work perfectly for every body type, in every climate, or for every situation.

One gun is definitely better than no gun at all, but to be honest, a well-rounded CCW holder has a variety of guns for a variety of concealed carry purposes. 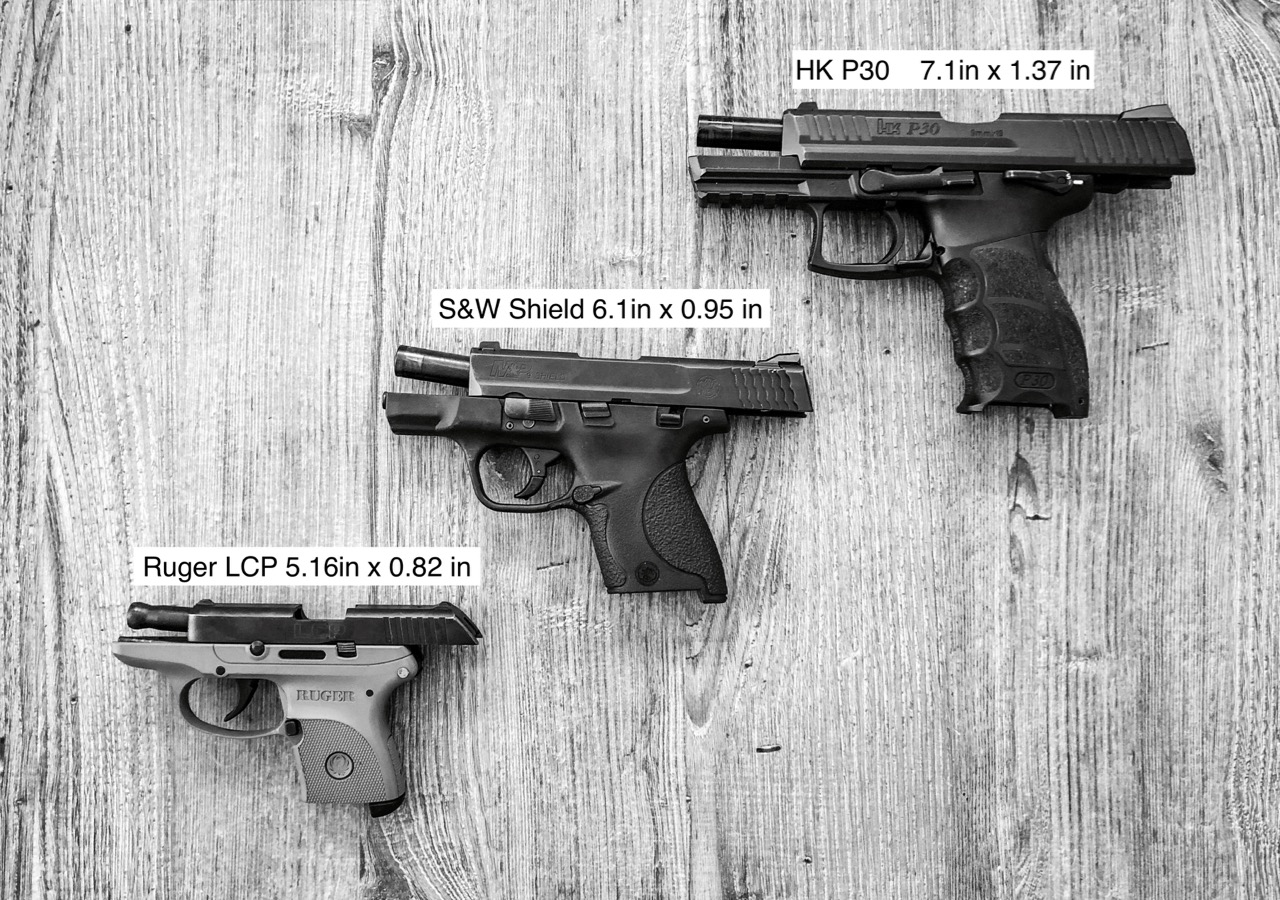 When deciding which gun to purchase for your CCW, it is important to embrace the fact that you aren’t searching for the best brand of gun but the best weapon for you.

Not the highest rated weapon on the market or the coolest looking one in the shop, or the one your buddy loves, but a gun that serves you on two fronts:

Let's start with concealability. When our main goal is to disguise the fact that we are carrying a firearm to the people around us one important question we need to consider is what type of environment we plan to be in.

Will I be carrying this gun in a hot climate or in a cold climate?

Will my average clothing attire help to mask I am carrying a firearm or make it difficult to conceal a weapon?

To demonstrate the significance of the above questions lets start with some examples.  Jim resides in hot and humid Florida where the average temperature dictates clothing attire is regularly on the lighter side (i.e. a shirt and shorts) vs. Chris in New Hampshire, who regularly wears two to three layers or a sweatshirt or jacket throughout the majority of the year.

Common sense tells us it is easier to conceal a bigger gun with less printing on Chris than it is Jim. On Jim, a smaller gun is needed to print less because a thin t-shirt hides less bulk than a jacket.

For Florida Jim, the biggest environmental considerations are that he needs to select a gun small enough and comfortable enough to be able to carry it when he’s dressed in a shirt and shorts.

Concealability is key and comfort is necessary.

It would be much harder for Jim to conceal a HK P30 in a tank top and board shorts than it would for him to mask that he was carrying an S&W Shield.  For Chris, he could easily conceal either gun by simply putting on a sweatshirt or lightweight jacket.

Another big-ticket item to recognize when considering the affect climate has on CCW holders is gender. Women or even men with smaller builds often have to size down on the guns they are considering, simply because they cannot get the gun to stay in position or to conceal it successfully based on body type and clothing choice.

Let me paint you a picture: Allison in Vermont frequently wears a fleece jacket and leggings. Because a belt isn’t an option with her leggings, Allison must choose to secure the gun directly inside her waistband if she elects to carry on her person rather than in her purse. Allison could conceal a larger, bulkier gun like Jim’s P30 under her fleece, but the gun is too heavy to wear with spandex. 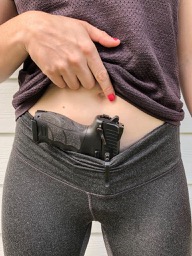 Another consideration is the size of the gun. A full-size gun takes up half of her abdomen area making it harder to conceal in tight-fitting tops. Allison has to select a gun the size of say an LCP instead, so the leggings don’t pull down at the attachment point and also so she doesn’t print as much if she decides to take off her jacket or expose her waistline. 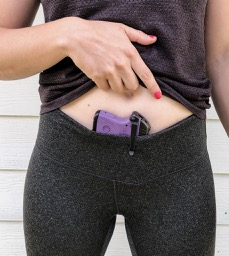 Now, some could argue Allison could just put her spandex wearing days in the past and commit to wearing real pants with belt loops, but Allison and almost every other woman out there could argue one of the main reasons they purchased a CCW was so that they could carry it while exercising.

For all of those non-jegging wearing people out there who frequently do cardio as a form of exercise you too will find having a full-size CCW presents the same problem as Allison. Full-size guns do not work as CCW’s effectively if worn with gym shorts, sweatpants, leggings, etc., simply because they’re too heavy.

Over all, conceal carry weapon holders in warmer climates tend to struggle more concealing their weapons due to the simple fact that they’re wearing less clothing. Add body-size and movement to the equation and the CCW holder is now faced with another important question…

What is the most concealable gun appropriate my average threat level?

Remember at the start of this post when I mentioned a well-rounded CCW holder has a variety of guns for a variety of concealed carry situations? In fitness situations where one is running with a secured firearm, one must compromise fire power for concealability and securability (keeping your fun and your pants from falling off).

Can you see already why there is not one perfect gun to carry as a CCW?

We’ve already touched on the environmental aspect of choosing an appropriate gun. Now lets talk briefly about selecting a firearm appropriate for your projected level of engagement.

What is the likelihood that I will actually divulge that one, I am carrying a weapon and two, follow thru and use that weapon in a life or death situation?

With that said, If you live or pass through a more dangerous neighborhood, have been mugged in the past or have dealt with a previous situation that puts you in a higher threat level category, then a full-size gun is a better option than one on the smaller spectrum.

If the likelihood of you needing to use the gun is lower but you wanted to be prepared and protect yourself, than a more compact-sized gun is most likely the best option for you.

Ask yourself this: Do I need to carry this and will I carry this?

Now that we have covered our two main factors to consider (environmental and threat level consideration), I want you to reflect on this…

4 months down the road, after zero encounters where you needed to pull your gun on someone, or zero situations where your threat level went from yellow to orange, do you still strap up every morning?

When complacency has set in, do you still carry?

Have you become “burdened” by having to take your gun on and off when you get dressed or undressed, to use the bathroom, or change in and out of workout clothes?

Have you stopped carrying because it’s been a hot summer and you’re tired of the uncomfortable feeling of the gun pressing up against you or having to adjust your outfit to avoid printing?

If you stopped carrying for one of the above reasons or can picture yourself in a similar position down the road, you picked the wrong gun.

The best gun you carry is the one you actually take with you each and every day.

If not, what’s the point?

Be sure to check out my videos on how choosing a CCW changes when considering the number of attackers, shooting ability, and ability to fight on the FSW members page.  You won’t want to miss it!

Stay connected with news and updates!

Join our mailing list to receive the latest tactical tips and updates from our team.
Don't worry, your information will not be shared.